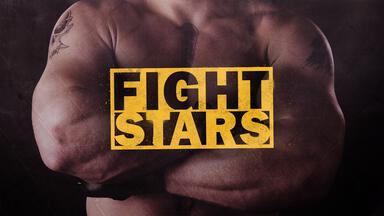 From Canelo becoming a 4-division champ to Deontay Wilder's wicked right hand, we wrap all things boxing in the back half of 2019.

July kicked off in style as Manny Pacquiao further gilded his illustrious career by beating the formerly undefeated Keith Thurman to unify the WBA welterweight belt at the age of 40.

Before the fight, Thurman was not so quietly confident about his prospects with the Flipino boxing icon:

He ain't going to do nothing. With those T-Rex arms, he's about to get beat up. I get to punch a senator in the face. He's going to feel it and if he's upset about it he can do something about it Saturday night.

From the opening bell, Pacquiao looked exquisite as he dropped Thurman with a right hook in the first. It took until the fifth round for Thurman to get back into the fight but Pacquiao continued the onslaught in the tenth to ensure the judges' favour.

Vasiliy Lomachenko re-stated his case for being the best boxer in the world with a consummate display of classy leather to comfortably outpoint Olympic gold medallist Luke Campbell, securing his third lightweight belt in the process.

Loma gave the Englishman hell, ripping Campbell’s head back with straights and dropping him in the 11th, but he still wasn’t completely satisfied with his performance:

I was too close, but it's boxing. I said before, to me it doesn't matter about the result. It wasn't 'knock him out, knockout, TKO or no mas or score'. It doesn't matter. Win, just win.

Errol Spence Jr unified boxing’s WBC and IBF belts at welterweight with a high-intensity split decision victory over Shaun Porter with a relentless twelve rounds that should feature prominently on quite a few “fight of the year” lists.

Porter pursued Spence Jr, throwing volume and looking to hurt his undefeated opponent with power shots. But Spence remained calm and worked off the counter. He was rewarded with a flash knockdown in the 11th that proved the deciding moment of the fight.

Unfortunately, two weeks later, Spence was in a horrific car crash, flipping his sports car at high speed while drunk. He escaped serious injury but was put on probation for the DWI.

Gennadiy Golovkin returned to championship status with a contentious unanimous decision over Ukrainian opponent Sergey Derevyanchenko. It was a fight most expected Golovkin to win, but at 37 and in only his second fight with new trainer Jonathon Banks, there were several questions to be answered by the Kazakh.

He looked to be answering them directly when he knocked Derevyanchenko down in the first round and opened a cut over his eye in the second. But Sergiy battled back and looked to challenge, if not win, every remaining round.

While Kovalev looked immense at the weigh-ins, not having to make a difficult weight cut had the seemingly bite-sized Alvarez coming into the fight in high spirits:

Kovalev’s trademark jab told the story of the fight’s early running as he kept distance and denied Canelo access to his body. It looked to be Krusher’s night right up until the 11th round when Alvarez wobbled the Russian with a left and then slept him with a right.

And Naoya Inoue captured the Muhammad Ali trophy and unified the IBF and WBA bantamweight titles in another fight-of-the-year contender over eight-time, four-division champion Nonito Donaire.

In the heavyweight division, Tyson Fury took the difficult road to remain the undefeated, lineal champion. The eventual decision over unheralded Swede Otto Wallin turned into a bit of a bloodbath. Fury was in full Mexican Independence Day mode as he joined the celebrations with his choice of clothing and spin on his usual fight name:

Well yes, I am the Gypsy King, El Rey Gitano, and it is a privilege to be boxing on Mexican independence weekend. I'm going to put on a fantastic show and yes I do love big cuddly toys and crayons. Thank you.

Despite an 18cm reach disparity, Wallin managed to box his way inside, opening a significant cut over El Rey Gitano’s right eye in the third round. But Fury came back after his slow start to dominate proceedings, absolutely piecing Wallin up in the later rounds as the Swede tired.

Some fresh blood entered the division as undefeated former undisputed cruiserweight champion Oleksandr Usyk made his debut at heavyweight, retiring Chazz Witherspoon in the seventh in a lopsided fight.

WBC champ Deontay Wilder obliterated second-time challenger Luis Ortiz with one punch in the seventh round of their rematch. One, almighty, punch. Just like he predicted:

Surprisingly, Ortiz was racing ahead on the scorecards, with Wilder apparently so respectful of the Cuban’s power he didn’t seem keen on engaging. That was until he cocked the right hand and blasted Ortiz square in the face from point-blank range. Lights out.

And in the final big fight of the year, Anthony Joshua won one for the massive guys. He picked off an overweight Any Ruiz from range for twelve rounds, all but shutting the champion out of the rematch to regain the WBA, IBF, WBO, and IBO belts.

So after all of the possible drama and hype the heavyweight division ended the year exactly as it began, with Wilder and Fury set to rematch while Joshua sits on his pile of belts and twiddles his thumbs.