Players to Watch at the Tekken World Tour Finals 2019

The top contenders from a lineup stacked with talent.

On December 8 in Bangkok, Thailand the world's 20 best Tekken players will go head-to-head to see who will be crowned the 2019 Tekken World Tour Champion.

This years' lineup of players is stacked with talent and everyone legitimately has the skills needed to win the whole thing.

As the returning champion, Jeong Hyeon-ho, known as Rangchu, is a player every competitor is looking to defeat on their way to claim the 2019 Tekken throne.

Rangchu’s results slipped slightly in 2019. Ranked 12th globally, his notable finishes this season have been third at Combo Breaker as well as fourth at CEO and Rev Major.

Rangchu stunned the world last year when he won the Tekken World Tour Finals playing Panda, a character everyone thought was low tier. But this is exactly why no one should write Rangchu off - his versatility and unpredictability allowed him to win in 2018 and could allow him to win this year as well.

Pakistan recently emerged on the Tekken scene and stunned the world as a hidden region full of god-like players.

Arslan Siddique, better known as Arslan Ash, turned heads from his first appearance, flexing his immense skills as he performed well above expectations. 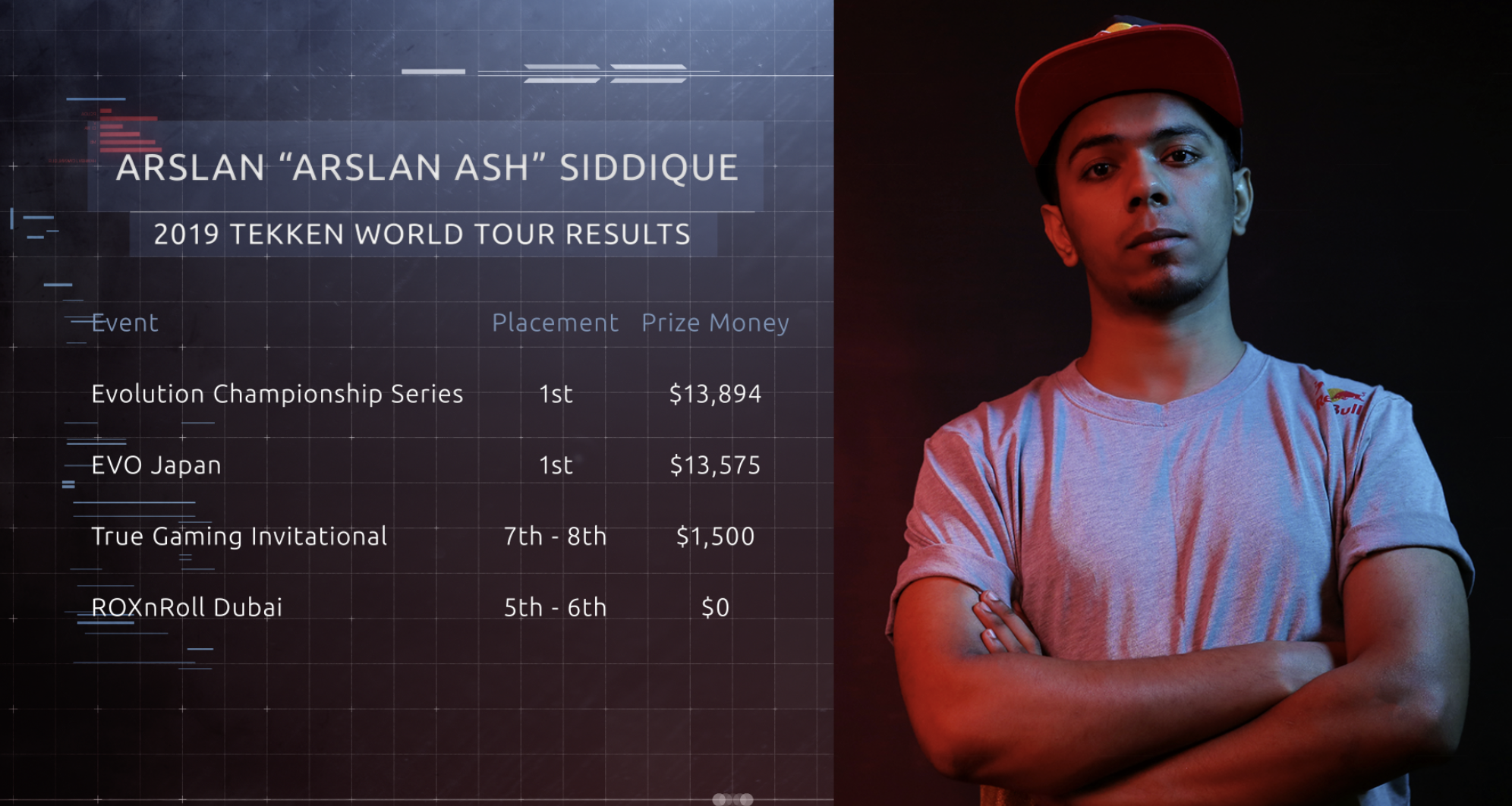 Arslan Ash is ranked sixth globally after achieving top eight at every event he has competed in, including wins at Evolution Japan as well as Evo Prime - making him the only player to win both Evo events in a single year.

Arslan Ash’s playstyle is based entirely around making the best use of his incredibly fast reaction speed and allows him to have the best counter-attack in the entire World Tour.

Already a champion of multiple Masters tier events, Arslan Ash is more than capable of demolishing the competition and taking the tournament.

Awais Parvez, known to Tekken fans as Awais Honey is the breakout player of 2019 after he burst onto the scene in August. He is the definitive proof of Pakistan's hidden talent pool. 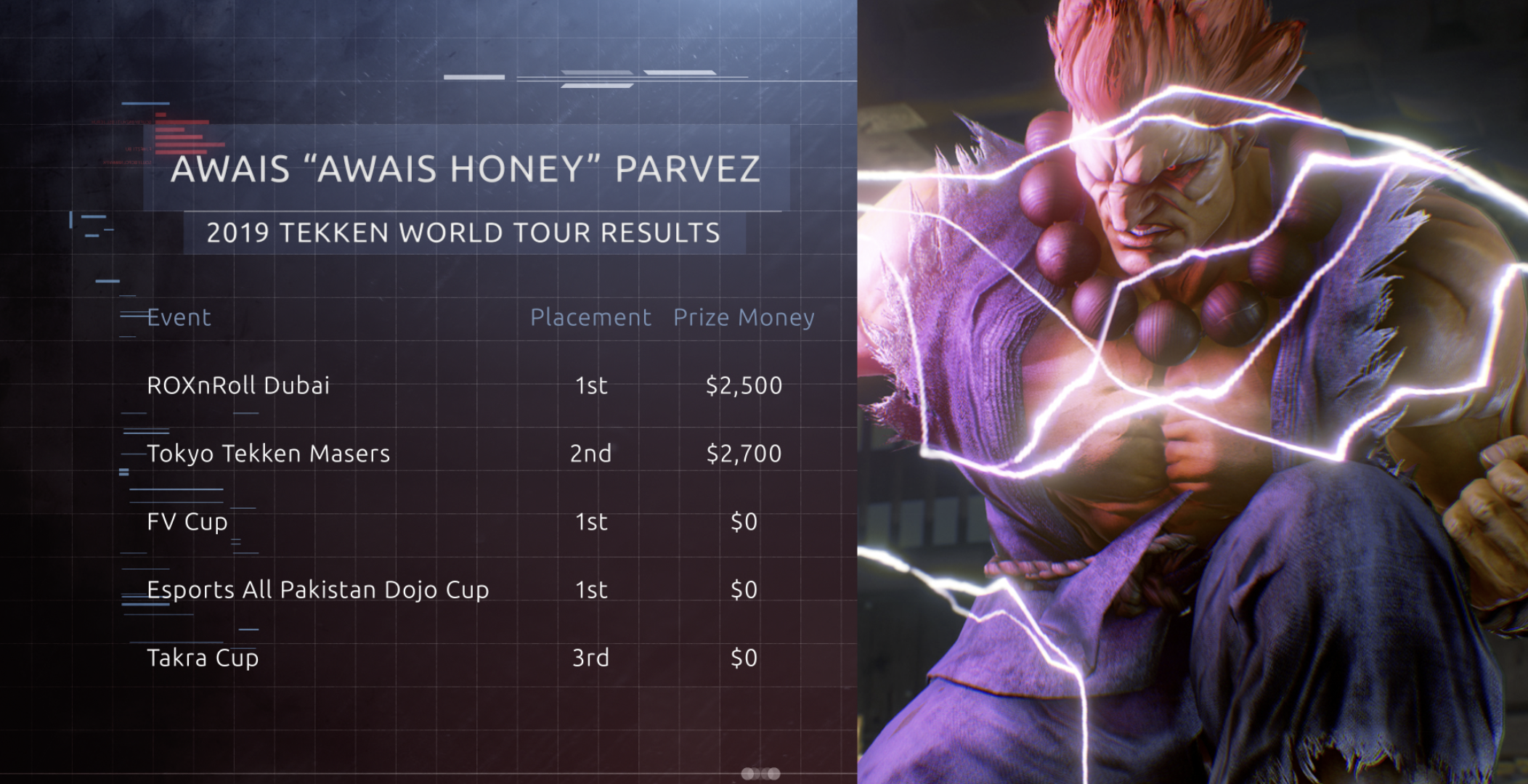 Awais is ranked ninth globally after only four months of competition, placing top three at all five events he has attended on the Tekken World Tour.

His playstyle is aggression combined with perfect execution, his ability to push the character Akuma beyond the limit of what all players thought was possible makes him a force to be reckoned with. Following his breakout performance, Awais Honey is considered by many to be the favourite to win this years' tournament.

And last, but certainly not least, we have Jae-Min Bae, known to fans across the world as Knee. The South Korean is considered by many to be the greatest Tekken player of all time. 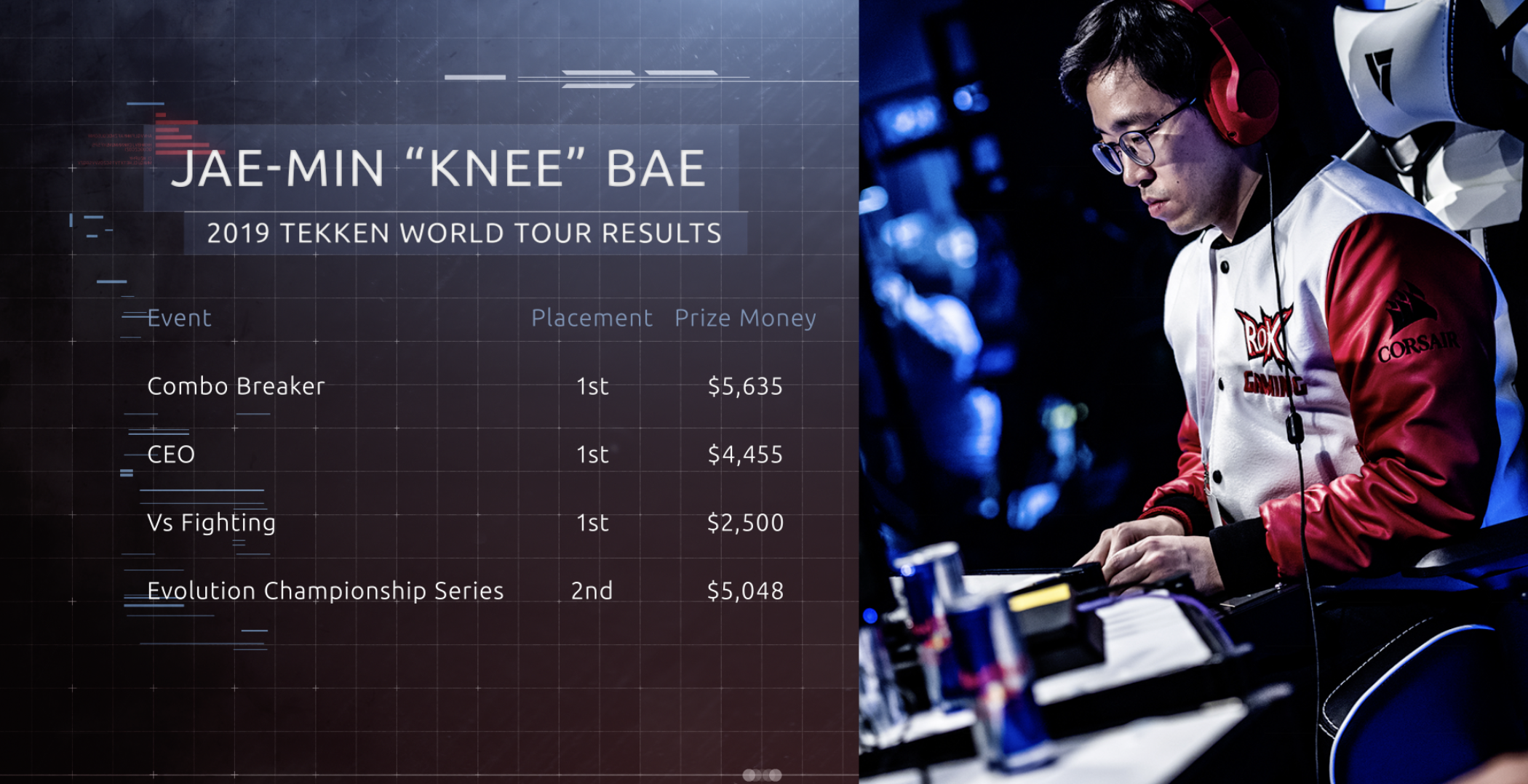 Knee is ranked number one globally going into the Tekken World Tour Finals after coming second at Evo 2019 and winning Combo Breaker, CEO and Versus Fighting.

Knees likes to play incredibly safe. If he throws out a move it is either going to get blocked or it will hit, but it will not get punished. He also has the ability to play almost any character at a professional level, making it nearly impossible for his opponent to play a specific character to counter him.

With so many dominant players, the 2019 Tekken World Tour Finals is shaping up to be the perfect way to culminate the year of professional Tekken competition.

This is an event no Tekken fan will want to miss.