The story of legendary StarCraft competitors Dark and Serral.

Two legendary competitors from different corners of the global, locked in an endless duel for the title of world's greatest player.

This is the story of modern Starcraft 2's greatest rivalry.

This is the story of South Korea’s Dark versus Finland’s Serral.

These two adversaries have been competing since the earliest days of Starcraft 2, but it wasn’t until 2018 that both players appeared on each other's radar.

Dark had been achieving strong results in Korea throughout the first half of the year, placing top four at every premier tournament he competed in, putting him in the conversation for best player in the world. 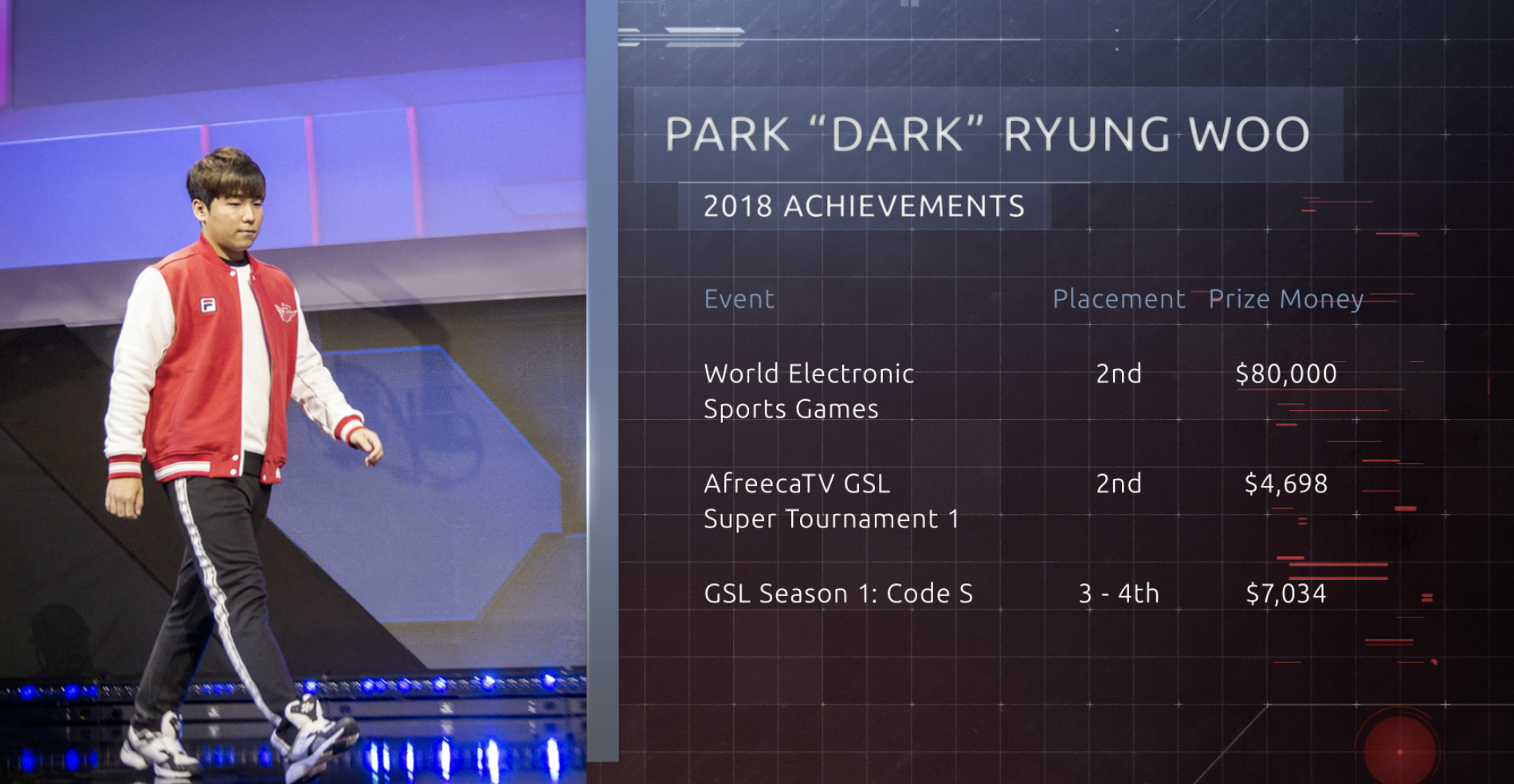 Serral on the other hand, was absolutely destroying the WCS Circuit, winning all three premier tournament stops throughout the first half of the year, causing fans across the world to wonder if he was the first legitimate non-Korean player to threaten South Korea's dominance in the history of competitive Starcraft. 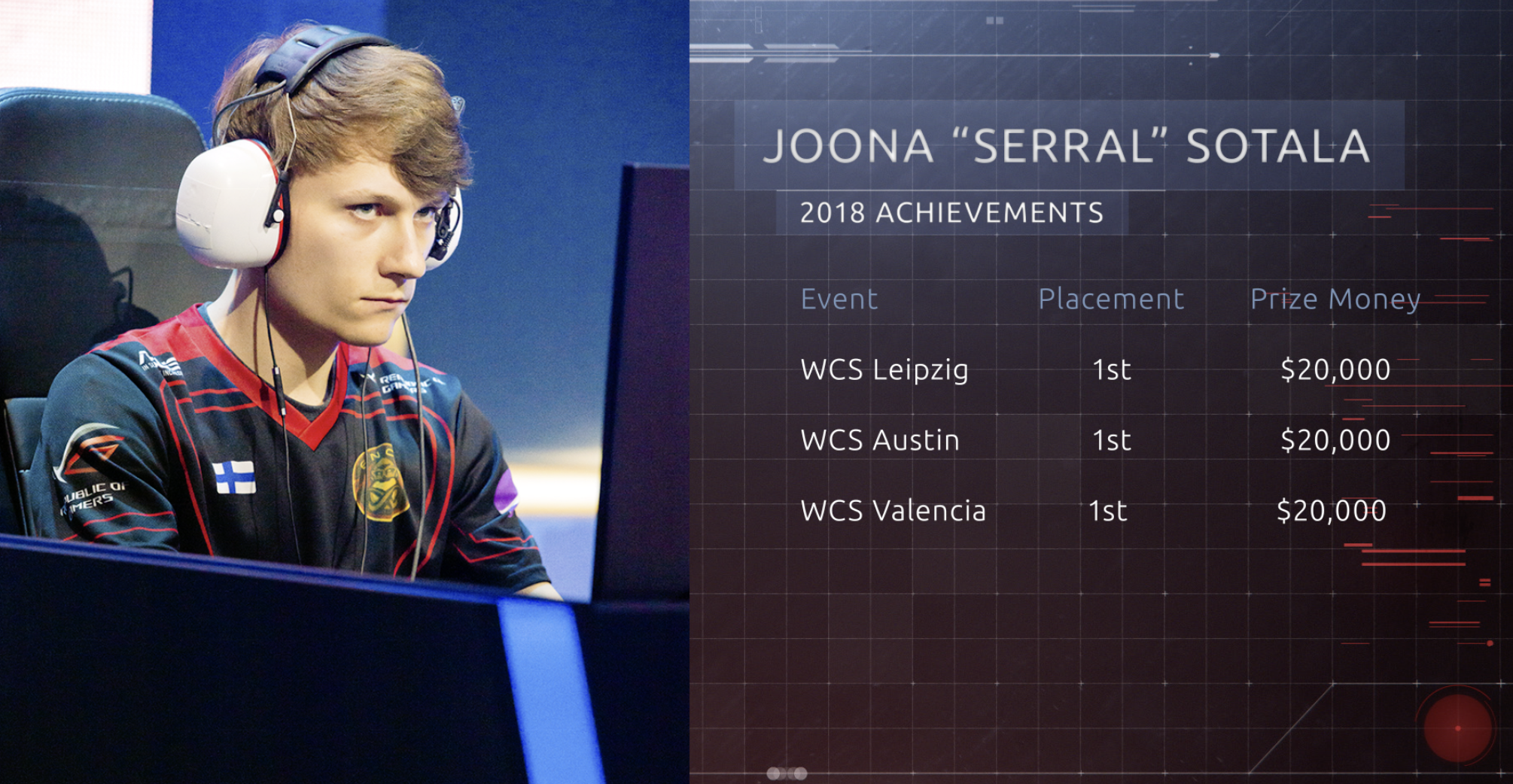 It wasn’t until August, at the GSL versus The World competition, that both players would have the opportunity to face each other for the very first time.

In the semi-finals, Serral struck first winning Game 1 with a decisive Roach army. Dark responded in Game 2 by taking a leaf out of Serral’s playbook and defeating him with the exact army he used in Game 1. But this had given Serral enough information to deconstruct Dark's playstyle and allow him to run away with the match, winning the next two games to take the series 3-1 and making him just the second non-Korean player to ever defeat Dark.

While the result was heavily in Serral's favour, fans across the world were salivating for the next time these two would go head-to-head.

Serral went on to edge out the legendary Protoss player Stats in the Grand Final to win the whole tournament and followed his GSL vs The World win with victory at the fourth and final WCS premier tournament in Montreal, while Dark only managed a top-four finish at 2018’s second GSL Super Tournament.

The two would meet again in the quarter-finals of the 2018 WCS Global Finals, but Serral would once again get the better of Dark, sweeping him 3-0 before moving on to claim the WCS 2018 Global Title. It wasn’t the match fans had hoped for, and all eyes were on how Dark would prepare for their next battle.

Moving into 2019, while not quite as good as the previous year, Serral had another incredible run through the WCS circuit, taking top two at every premier tournament he entered, including a dominant victory over Special to win WCS Spring.

On the other hand, 2019 was proving to be the standout year of Dark's career when he won his first GSL Code S title after he dismantled Trap 4-2 in the Season 2 finals. But Dark had realised that a GSL code S trophy didn’t mean what it used to, and if he wanted to be considered the world's best player, he would need to win the WCS Global Finals.

Two months later, the two fierce competitors managed to dodge each other at 2019 GSL vs The World, where Serral again went on to win the competition, while Dark would drop out in a disappointing and uncharacteristic top 16 finish.

At the WCS Global Finals, fans were expecting an epic showdown, a clash of titans from different corners of the globe, eager to prove that they were the best that this incredible game had to offer. But fate would not give the fans the rematch they wanted, the foreign god Serral would be knocked out in the semi-finals by Raynor, a single win away from a showdown with Dark.

Dark would defeat Raynor 4-1 in the grand finals and claim the 2019 WCS Global Finals trophy and title of worlds greatest player. But deep down Dark knew, without a win over his biggest rival, that this was a hollow victory.

We’re on the precipice of the 2020 season, both players know that next year one of them will have to defeat the other if they want to have any hope of being the undisputed best player in the world.